The world's deepest well, Kola super-deep borehole (SG-3) 12262 m deep, is located in the Murmansk region, 10 kilometers west of Zapolyarny town.
In 1997, the well was listed in the Guinness Book of records as the deepest human intrusion into the earth's crust, and is still holds that title. Until 2008, it was also the longest well in the world, but it was surpassed by the Maersk Oil BD-04A (12 290 m, al-Shaheen oil field, Qatar), which was drilled at an acute angle to the earth's surface. 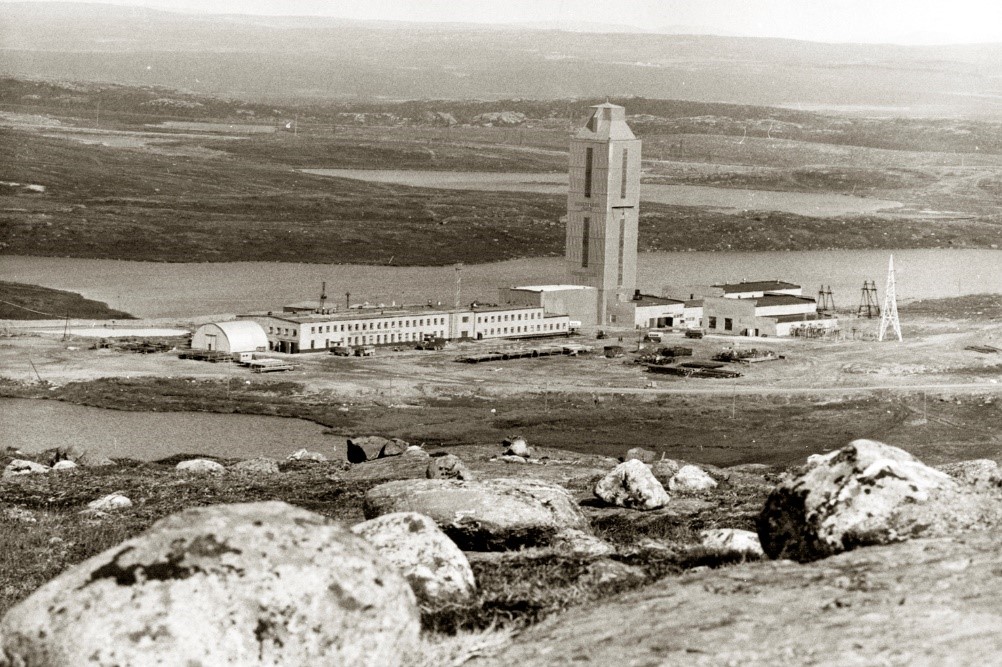 Kola ultra-deep borehole was drilled exclusively for solving scientific research tasks-verifying theoretical models of earth's crust bottom layer structure, searching and studying the nature of boundaries between them. Drilling of the well began in 1970. In 2020, Kola ultra-deep borehole is 50 years old. The first part of the well 7263 meters deep was drilled for 4 years by Uralmash-4E production unit designed for oil wells drilling. Then drilling was performed by Uralmash-15 000 rig, specially designed and developed for Kola ultra-deep borehole, named after the planned depth of the well-15 000 meters (weight of the drill string at 15,000 meters depth reached 200 tons, and the rig itself could lift up to 400 tons of cargo). 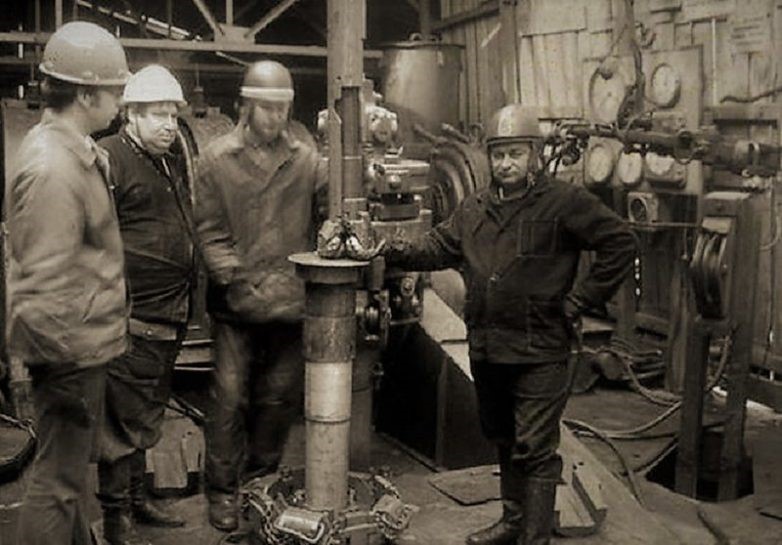 Many specialists and engineers took part in a unique drilling rig project but the greatest contribution was made by: G. V. Alekseevsky - designer of Uralmash-15000, Yu. S. Korniltsev, L. N.Goronovich, V. V. Gerasimov - designers of powerful pumps for the rig (1820 HP), A. G. Spiryukov - designer of the tower, V. A. Malofeeva - draw-works designer, V. N.Gramolin - designer of tripping operation automation mechanisms, and many others.
Most of the design solutions implemented on Uralmash-15000 drilling rigs have found use on commerical drilling rigs. 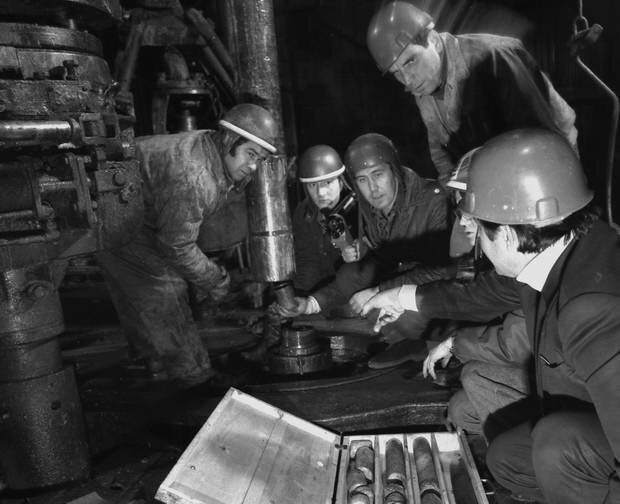 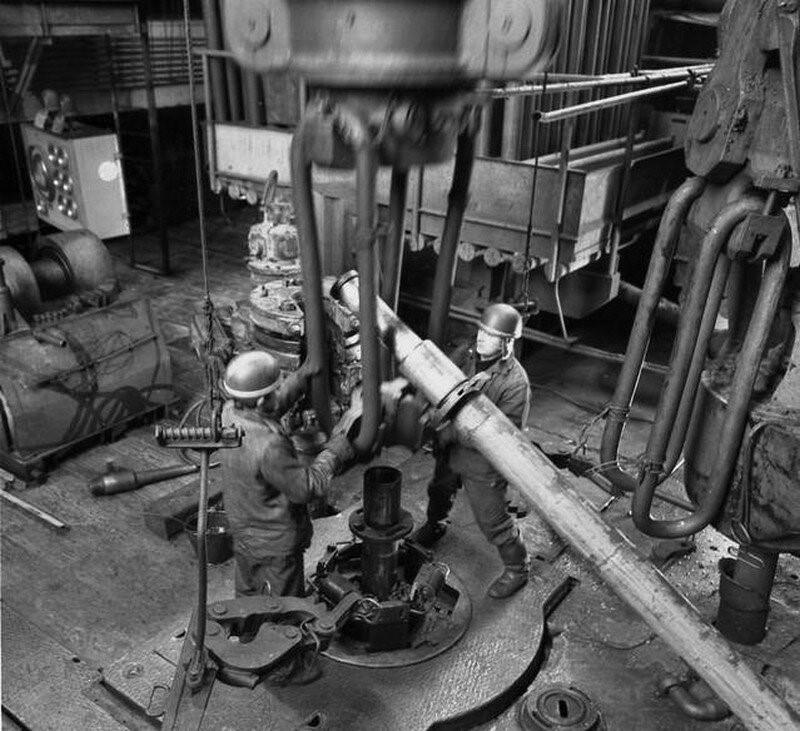 However, even specially designed materials could not withstand drilling conditions. After the first seven-kilometer section, it took almost 10 years and more than 50 kilometers of pipes to drill further to the 12 000-meter milestone. 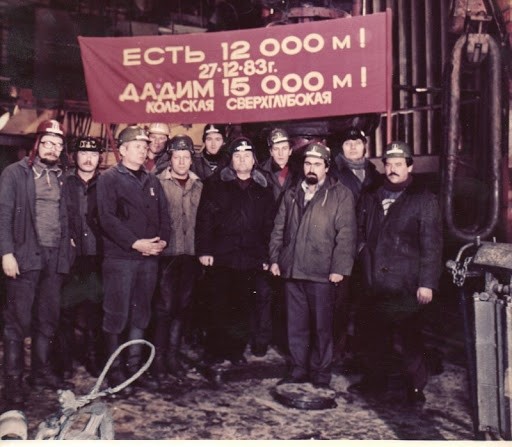 In 1983, when the borehole reached a depth of 12 km, core samples from SG-3 were presented to the International geological congress in Moscow, and a conventional drill head with worn out carbide teeth was delivered there. No one expected that it would arouse such interest among soviet scientists; there were some statements made that the rock samples extracted from the borehole were almost identical to those that were delivered by spacecraft from the moon. Photos and articles about the Kola SG-3 super-deep borehole SG-3 then spreaded over newspapers and magazines in almost all countries of the world. Books and even a postage stamp were issued as a tribute to it. 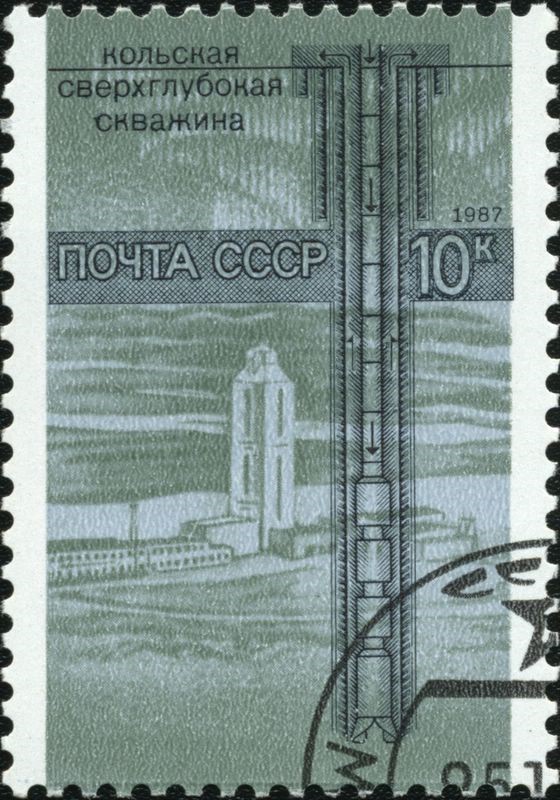 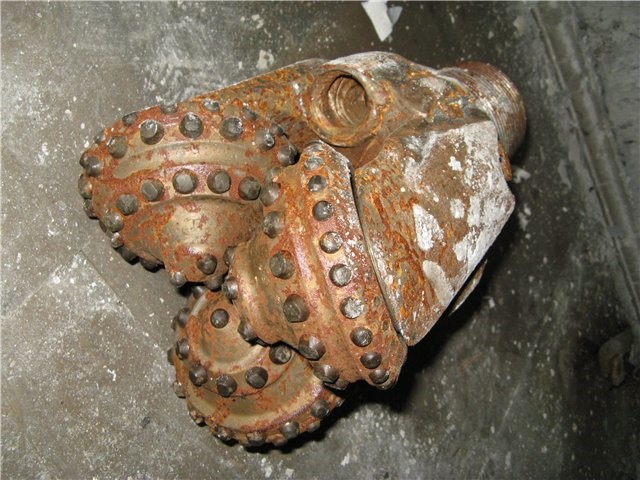 In 1984, a major accident occurred at the Kola super-deep borehole – the drillers had to concrete pour a branch of the borehole that reached a depth of 12 066 meters. Drilling was started again from the 7-kilometer mark. It only became possible to reach the 12-kilometer mark again by 1990, when the drilling record was set at 12 262 meters. Then there was a new accident, and since 1994, works on the well have been terminated.
Today, the world's unique borehole is abandoned, there are many legends and rumors about it, but no one in the future will be able to surpass the record set in the world – this requires vast resources and the knowledge that veterans of the Kola super-deep borehole steel keep.